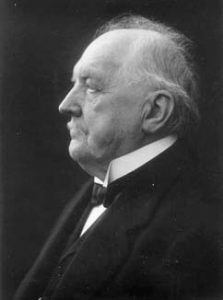 Martin Wilhelm Kutta was born on the 3rd of November 1867 in Pitschen, Upper Silesea (the former border to Russian Poland, which is now Byczyna, Poland)and died on the 25th of Germany. He had one older brother, Karl, and both their mother, Anna Koschinsky, and father, Wilhelm Kutta, died when they were young children.

As a result, the brothers left their home to live with their uncle in Breslau (still in Poland), where they attended the Gymnasium. A gymnasium is a selective school similar to a middle school or junior high school found in the US for pupils ranging from 13 to 16 years of age. The gymnasium is offered to academically promising students and prepares them for entry into a university for advanced academic study. Following graduation from the Gymnasium, Kutta was educated at the University of Breslau, namely in mathematics, from 1885 to 1890. After that, he traveled to Munich where he attended university from 1891 to 1894.

Mathematics was always Kutta”s primary subject, but he had broad interests and explored these through courses in languages, music, literature, history, and art throughout his studies. Because of his thirst for knowledge and love of learning, he studied and explored these interests and applied his found knowledge throughout his life. As such, he acquired a comprehensive and thorough knowledge of several subjects. He was indeed an extremely intellectual, driven, and knowledgeable individual whom many respected and acknowledged.

While attending the Technische Hochschule (Institute of Technology) in Munich, Kutta was appointed as an assistant in mathematics and physics. In 1894, he became an assistant to Walther Franz Anton von Dyck, conducting the exercise classes for von Dyck”s course on higher mathematics. During the year spanning 1898 to 1899, Kutta left Munich to study in England at the University of Cambridge. In 1900, Kutta was awarded his doctorate from the Technische (“Contributions for the Approximate Integration of Total Differential Equations”). His thesis paper was published in 1901 and contains the now famous Runge-Kutta methodology for solving ordinary differential equations. Kutta had two advisors who oversaw his studies and research in Munich. They were Carl Louis Ferdinand von Lindemann and Gustav A. Bauer. Interestingly, Lindemann (1852-1939) was the German mathematician who proved, with his publication in 1882, that (pi) is a transcendental number. (Meaning (pi) is not a root of any polynomial with rational coefficients.)

After acquiring his doctoral degree, Kutta worked as a professor at Technische Hochschule in Munich. Interestingly, Kutta never took the qualifying examinations required to teach in Bavarian secondary schools because he preferred to teach (and assist in teaching) in university.

A fellow teacher at Technische Hochschule in Munich, Sebastian Finsterwalder, was extremely interested in aviation. As such, he brought Kutta several photographs of early aircraft. Being foremost a mathematician, Kutta became fascinated by aerodynamics, the mathematics that make aviation possible. This great interest and his keen intellect lead Kutta to discover the formulas used to relate the lift on an aerofoil to the fluid circulation around it. In 1902, Kutta submitted his habilitation thesis on aerodynamics to the Technische Hochschule at Munich. (A habilitation is the highest academic qualification a scholar can achieve. It is obtained after receiving a research doctorate (PhD) and requires the candidate to write a professorial thesis based on independent scholarship, i.e. without supervision or guidance by institutional faculty. As such, the level of writing must be much higher than that of a research doctoral in terms of content quality and quantity.) The main theorem in this habilitation was the Zhukovsky-Kutta theorem, which derives the lift equation on an aerofoil. Kutta made later contributions to aerodynamics with Wissenschaften of Munich (Royal Bavarian Academy of Sciences) in Smooth Circulation Flows Together with Aeronautical Applications”) and contains his mapping theorem from function theory.

In 1907, Kutta was promoted to extraordinary professor in Applied Mathematics. In 1909, he moved to the University of Jena and in 1910 he was appointed as a professor at the University of Aachen. Finally in 1911, he became a professor at the Technische Hochschule in Stuttgart and stayed there until he retired from teaching in 1935. During his stay at Stuttgart, Kutta concentrated on teaching engineering students who could greatly benefit from his inspiring lectures and vast knowledge.