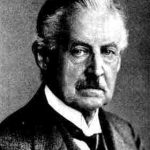 Carl Runge was the third of four sons from a well to due German merchant family. His parents had lived in primarily in Havana, Cuba the 20 years before his birth, but their primary language was English. Runge and his brothers were embodied with British ways and views, especially when it came to sports, honesty, fairness, and self-reliance.

All three of his brothers ended up pursuing commercial careers, while Runge, the most closely attached to his mother and an excellent student, chose to follow a more intellectual career.

At the age of 19, after leaving school, Runge spent 6 months with his mother on a pilgrimage to the cultural shrines of Italy. After his return to Germany, Runge enrolled at the University of Munich to study literature. Here, Runge also became a popular ice skater amongst his colleagues and members of his school. However, after only 6 weeks of courses, he changed studies to pursue a career physics and mathematics.

Runge spent much of his professional career in Germany. Attending three semesters of courses with the likes of Max Planck, Runge decided to travel to Berlin to attend various lectures on mathematics. After hearing several of Weierstrass’ lectures, he decided to focus his concentration on pure mathematics. After receiving his doctorate from the University of Munich and taking his secondary school teachers examination, Runge again returned to Berlin to continue his education. Here he was further influenced by the work of Leopold Kronecker.

Runge, who often regarded to himself as a Weierstrass disciple, worked feverishly on obtaining a general procedure for the numerical solution of algebraic equations in which the roots were expressed as infinite series of rational functions of the coefficients. With this success, Runge continued to work on a variety of problems in algebra and function theory. Fearing being at the center of the mathematical world with his work, Runge was reluctant to publish his work, but after a visit to Mittag-Leffler in Stockholm, Runge decided to release his work in Mittag-Leffler’s Acta mathematica (1885). Soon after, Runge obtained a chair position at Hanover, where he remained for 18 years.

A year after coming to Hanover, Runge under went a thorough reorientation in his research habits and interest in mathematics. He moved away from pure mathematics, to study the wavelengths of spectral lines of elements. Immersing himself in the problems of spectroscopy and astrophysics, Runge published many papers in this field while working with his fellow professors. His goal was to find, for each element, a ingle formula that would yield all the unique characteristic spectral lines of that element. He succeeded in arranging the spectral lines of helium in two spectral series, and until 1897, this was thought to be evidence that hydrogen was a mixture of two elements. As Runge continued he research, he never ceased to call himself a mathematician. As a result, his interests focused upon precision of the data and data manipulation.

Runge began to treat the theory and practice of his numerical computation, with an emphasis on practice. However, Runge’s idea of “Applied Mathematics” was different from his peers, who felt mathematical models could only be derived from the real world and that the current mathematical methods used in technology were the rule. As a result of this, Runge did not receive the academic appointments he deserved until he was in the twilight of his career. In 1904, with the influence of Planck and Felix Klein, Runge was appointed to Gottingen as the chair of mathematics as the first and last occupant of the inventor and at that time the sole practitioner of his work. Despite his liberal views on WWI, Runge remained the chair until he retired in 1925.

Runge left the chair position with no one to follow his version of Applied Mathematics, a version we refer to today as numerical analysis. He is remembered by mathematics for this and his Runge-Kutta method for solving differential equations, but those who knew him best remembered him as a stout vigorous gentleman who did handstands on his 70th birthday party for his grandchildren. He was a man who loved science, mathematics, and life.